If you have read my Memoir “A Spanish Love Affair” you will know that when I was 11 I had a love affair with my 19 year old tennis coach.  Or rather I thought I did.  I felt all the feelings you have when you fall in love, just like I did later on as an adult.  Unfortunately, I think most of my tennis coach’s feelings were below his belt.

I was not one of those 11 year olds going on 18.  I was small for my age as you can see in my school photo and hadn’t yet gone through puberty or bought my first bra. My coach told me I didn’t have to worry about falling pregnant because I hadn’t had my periods yet.  I had no idea what he was talking about.

In case you are unaware what grooming entails, my coach told me he loved me and that I was beautiful.  He also groomed me and my family by coming to breakfast every morning before coaching me.

The affair went on for nearly the whole year I was in 6th class. I was deliriously happy until at the end of the year when he went to play in a tournament in Tasmania and wrote to tell me he was breaking off our relationship and wasn’t going to coach me anymore.

At first, I didn’t believe it, but the truth dawned on me when he didn’t appear to coach me after he’d got back from Tasmania.  I was heartbroken – absolutely shattered.  It turned my whole world upside down. 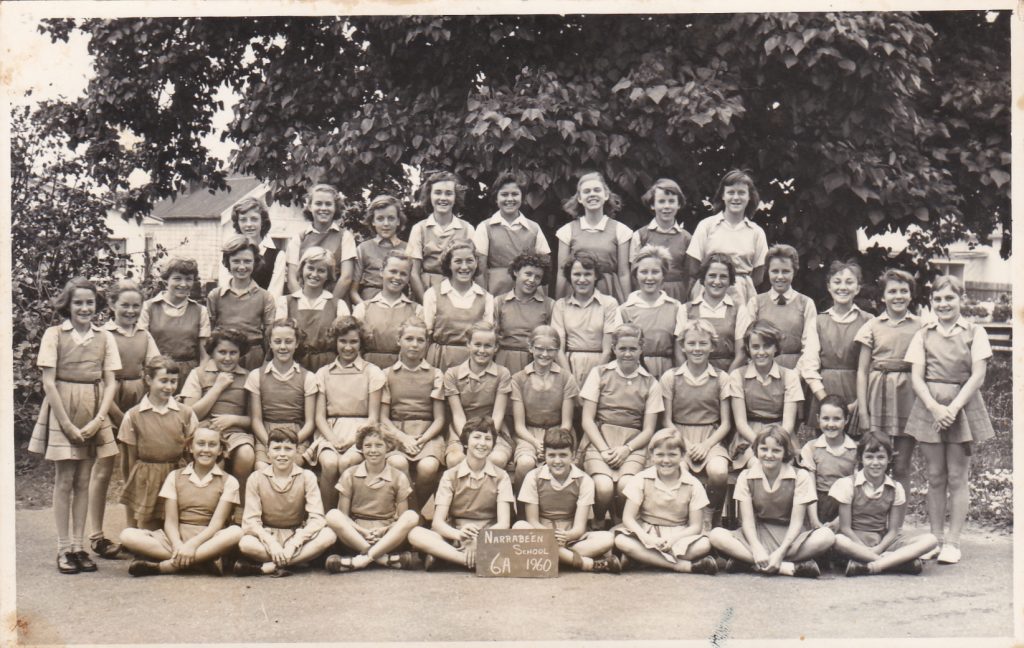 Second row 5th from the right

I went from being at the top of the class to the bottom and from being a well-behaved student to a teachers’ nightmare. 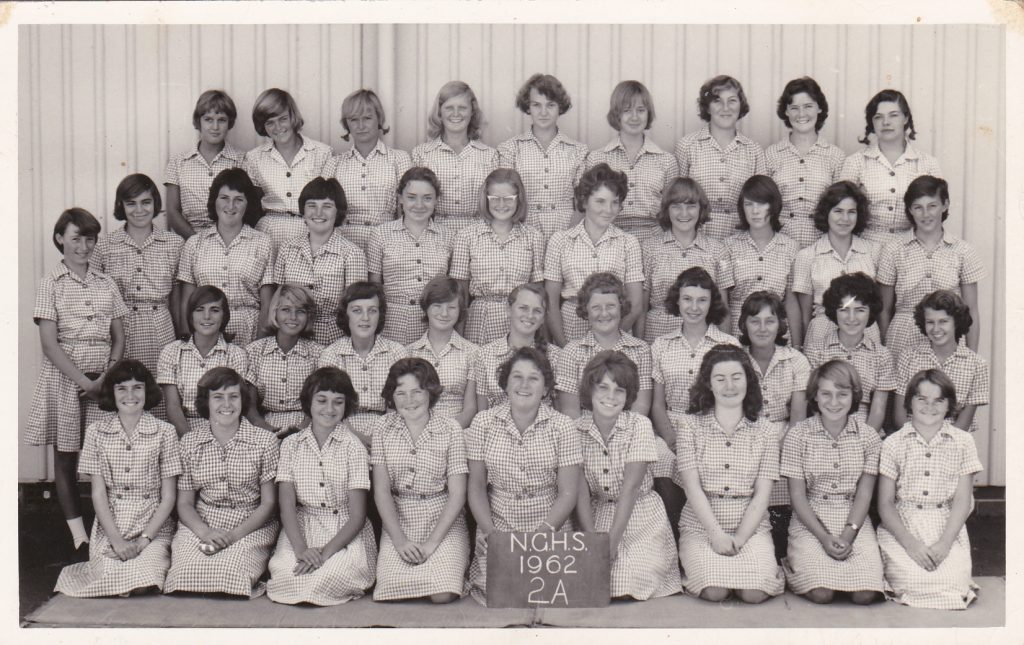 Back row third from the left

I dropped all my nice friends and took up with the rebels and scallywags. I became rebellious and obnoxious.  I sprouted pimples and attacked my hair with the scissors and a variety of different coloured dyes. I developed an eating disorder and took up smoking, both of which somehow, I managed to keep secret.  I cried myself to sleep each night. 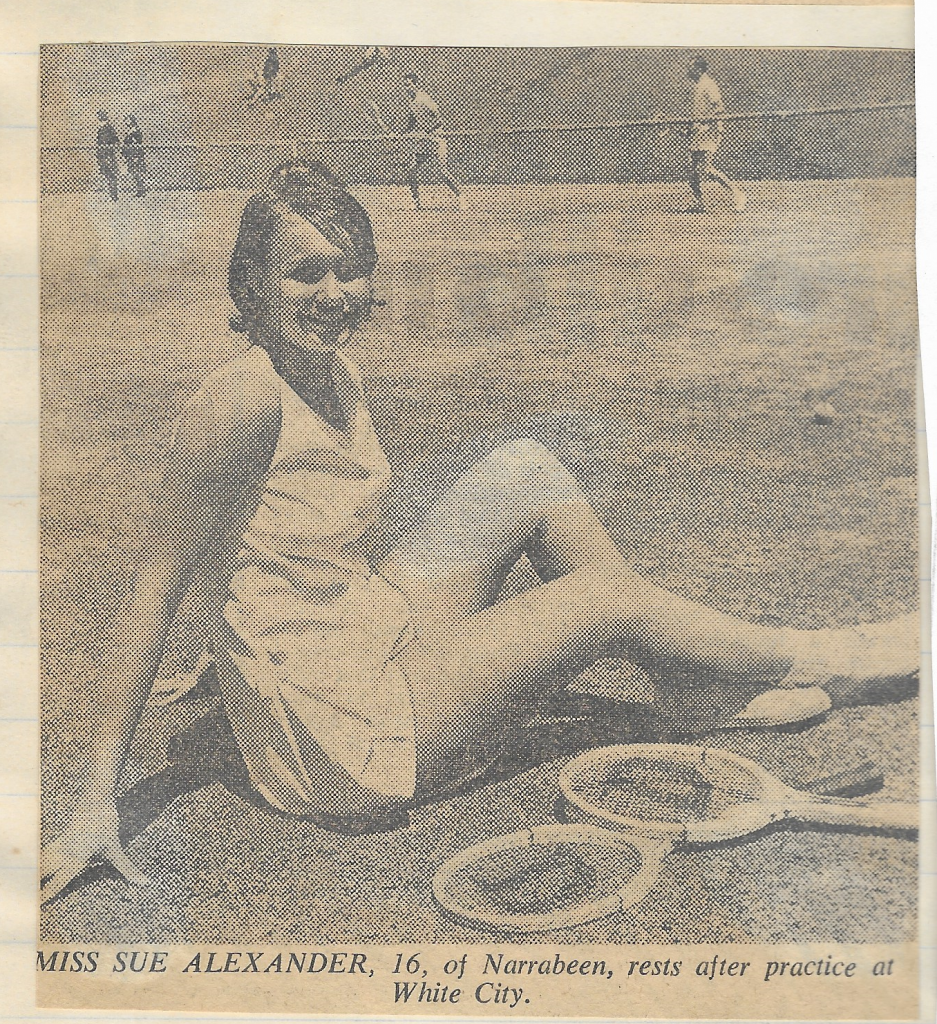 The worst thing was I kept it all to myself. I didn’t tell anyone about it over 40 years.  My parents put the change in my behaviour down to hormones and the teenage blues.

If only someone had asked me the right questions, I would have blurted it all out.

Many children who are sexually abused turn to drugs, alcohol and often self harm. I was one of the lucky ones. I managed to survive because I had a very stable, loving family and I was good at tennis.

I finally told Mum what happened when I was in my 50’s.  I was worried she wouldn’t believe me, but I was so overwrought when I told her, that she was left in no doubt.

People who haven’t been sexually abused don’t understand that the repercussions last for years. For some they never go away.  Here I am, now 72 and I still feel them. I have never managed to completely regain my equilibrium.

I still attack my hair if I feel anxious. Over the years I have had it permed, short, long, medium length and spiked, purple, streaked, black, dark brown and blonde.

I base my self-worth on my body shape and weight.

I don’t disclose what happened to a lot of people, but when I do, I cry.

I don’t trust my intuition. I am reluctant to trust people and don’t like to get too close for fear of getting hurt.  If someone hurts my feelings it is a deep and extremely painful affair.

I find it very difficult to make decisions. I fear commitment which no doubted accounted for 13 broken engagements and I don’t know how many disastrous love affairs which I underwent until I met my rock, Markus.

And that sighting of my coach’s erect penis when I was 11, certainly put the kybosh on my sex life for many years.

The old saying and ill wind doesn’t blow anyone any good is true in my case.

Being sexually abused led me to be more empathetic, considerate and aware of other people’s feelings. I became involved in personal development and explored my inner life and learnt to listen to the wise voice inside to resolve problems and issues, meditate and ultimately to become a writer, song writer and poet.

What I find difficult is I never know which parts of my personality are as a result of being sexually abused and which are not/me.

When people start to get to close

I feel discomfort and anxiety

Of too much intimacy

But then I feel lost and hurt

When they start to move away

And start to dance the forward dance

Without too much delay

I come on very strong with someone new

And adopt a friendly open stance

Then they become confused when they move forward

because I start to do the backwards dance

But I’ve noticed everyone does the backward step

To some extent just not as much a me

I do it so I won’t get hurt

It’s ingrained in my personality