As a first time writer I felt very privileged to be making this video about my upcoming Memoir “A Spanish Love Affair”.  I would like to thank the Sydney Mechanics School of Arts and the Thomas Keneally Library for their assistance.  For those of you who are not familiar with the Thomas Keneally Library, it is the oldest lending library in Australia, opening in 1833.  It is situated at 280 Pitt Street and as well as a fabulous collection of books and reading spaces,  has a beautiful coffee shop for members.

Thank you also to YoungPhil Jang for his encouragement and for filming this video.

I would also like to thank the Better Read Than Dead Bookshop in Newtown for allowing us to film this video at their premises.

I started playing tennis at 7 – mainly on the loam court in the backyard of our home at Narrabeen on the Northern Beaches – death matches between my brother John Alexander, who went on to become World Number 4, and I, who hovered somewhere between 60 and 80.  It was a bit hard to tell exactly because there were no computer rankings at that time.  Ours were hard fought, volatile matches.  My father sat on the umpire stand trying to keep peace.

I won my first tournament at 11 – the N.S.W. Hardcourt Championships at Canterbury Bankstown and went on to win many Junior and Country long weekend tournaments during my teenage years.

Narrowly avoiding an early marriage to my “country cousin” fiancée, at 18 I left Australia to play on the glamorous European Tennis Circuit.  Between 1967 and 1973 I played in Wimbledon twice and won 30 singles and 25 doubles tournaments. However I must confess, unlike my brother, I ‘majored in the minors’ – preferring to play tournaments in beautiful, interesting and exotic locations rather than in the top tournaments.

My Memoir is written in two narratives.  One in the form of vignettes which I’ve placed between each chapter – snippets of my idyllic childhood growing up on Sydney’s Northern Beaches.  This all changed when I was 11 and was sexually abused by my 19 year old tennis coach.

My tennis coach and I go for a walk on the beach.  There’s no-one else around.  He takes my hand and squeezes it.  Shivers go up my arm.  He touches my shoulder.  Electric shocks race around my body.  He pulls me towards him.  His body is hard.  I can feel every part of him.  He kisses me.  My whole body trembles.  I desperately want something to happen but don’t know what it is.  I turn my face towards him and smile.

The main narrative follows my journey from Narrabeen, on Sydney’s Northern Beaches, to playing on the centre court at Wimbledon, in Monte Carlo, Casa Blanca, St Moritz, the Italian Riviera, Barcelona, Madrid, San Sebastian and Rome as well as behind the Iron Curtain in the then Yugoslavia and Romania, totally oblivious of the dictators Tito, Ceausescu as I was of Franco in Spain. 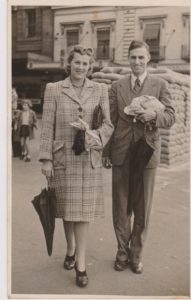 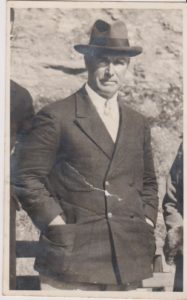 I am soft-hearted when it comes to animals. In fact, I gave up eating meat as a young girl when Mum, who was a country girl, told me that the little lambs gambolling around the fields and the sad-eyed calves peering at me from behind the fence would soon be gracing my dinner plate. I told her they would not, and they never have. END_OF_DOCUMENT_TOKEN_TO_BE_REPLACED

Patti Miller, my first writing teacher, in a recent interview with Wendy Harmer on 7.02 AM, said that writing a Memoir is like walking nude down the street.   This feels very much the case for me. I wonder sometimes if I’ve made a mistake writing about what happened. I seem to have an urgent need to share my story. As we see on television everyday people who experience trauma seem to have a need to speak out.

I’ve kept my story a secret for over 50 years and it’s taken me 10 years to write it.

I’m good at keeping secrets. I learnt to keep them from an early age. END_OF_DOCUMENT_TOKEN_TO_BE_REPLACED

Welcome to my Website. I am so excited about this first step into social media as a writer. I hope you will make visiting me a regular habit and recommend it to your friends. Not only will I keep you updated with my progress in self-publishing “A Spanish Love Affair”, I will put blogs, snippets from my book and photos to pique your interest. I will also let you know when and where I’ll be launching my book and speaking about it.

Writing “A Spanish Love Affair” has been a long haul – it’s taken me 10 years. I sometimes compare myself to Geoffrey Smart, the artist, who couldn’t help dabbing at his paintings on exhibition much to their current owners’ horror, decades after he’d sold them. I could keep dabbing myself. But the time has come.

Over the past year I have been submitting my manuscript to publishers – albeit without success. I’m 68. Time is running out.  So I decided that I would bite the bullet and self-publish. END_OF_DOCUMENT_TOKEN_TO_BE_REPLACED