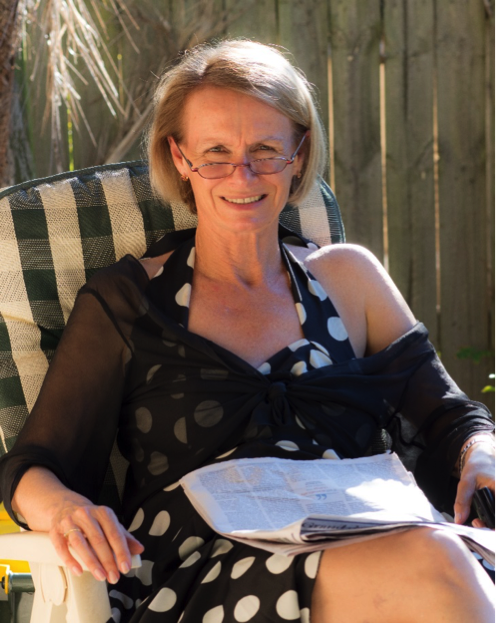 Susan Alexander is a former tennis champion, successful businesswoman and a poet.

Susan started playing tennis at 7, won her first tournament when she was 11 and went on to win many Junior tournaments and long weekend country tournaments during her teenage years.

She left home at 18 to play on the European Tennis Circuit. Between 1967 and 1973 Sue played in Wimbledon twice and won over 30 singles championships and 25 doubles titles in Europe and England. From 1971 – 1973 Sue coached the top Junior girls in Madrid.

In 1975 Susan began working in real estate. Ten years later she started her own business, Sue Alexander Real Estate Pty Ltd, in the back room of her home. The business steadily grew and by the time Susan sold the property management side of the agency in 2006 she had purchased her own premises and was employing nine staff. From 1998 to 2008 Sue was in the top 10% of real estate sales agents in Australia.

In 1983, she spent a year in Atlanta with her brother, John during which time she gave free tennis clinics to African American children.

In 1998 she was invited to read her poem “Death of a Kangaroo” at the International Poetry Convention in Washington where she reached the semi-finals.